Posted by TheGoodFight at 5:50 PM No comments:

I wanted to make people aware of a new group forming as an alternative to the Seattle special ed PTSA. This group was started by a handful of Seattle special education PTSA members who want to promote a more aggressive grass roots path to change for students with disabilities.

The group is looking for parents and students to join. There is still the Seattle SPED PTSA sponsored by the Seattle School District, this group  is an alternative for those of us frustrated with the lack of meaningful progress.


Posted by TheGoodFight at 11:48 PM No comments:

A new series of post coming which will daylight the compliance issues with Seattle public schools and special education.

After reading  this , I decided to attempt to do what I believe the board should be doing and gather information around special education compliance issues and cost of litigation. So, I started gathering,

It takes a bit of work to piece together all the information from the various sources, SPS, OSPI, DOE and since SPS over-redacts information to intentionally complicate things, it can take months.

So why do this?  I've found there's not only a pattern of abuse, but a pattern of repeat offenses.
It seems the district agrees in writing to OSPI or DOE-OCR to correct the non compliance issues in order to prevent further violations, but in reality never makes the necessary changes. This is evident in the repeated violations. The data shows that SPS never seems to learn from its mistakes, never seems to take the IDEA seriously and more likely than not ,will try and make it very difficult for any parent who advocates for their child.

I don't believe things will improve unless people see all the information available and the patterns revealed in the data.

Over the next few weeks I will be posting the information as it comes in, you can draw your own conclusions.

Posted by TheGoodFight at 9:47 AM No comments:

A day late and a dollar short.

If the problems weren't so heartbreaking in special education this excerpt from the special board meeting would be totally hilarious, because it just shows how much our current board is disconnected from reality. Where have they been for the last 4 years, maybe if they came to a few SPED meetings or perhaps read the OSPI findings or DOE findings the cause of the numerous and growing SPED lawsuits would be clear.

Key Clients and Departments slide: Directors asked if it is a normal practice to hire outside lawyers to handle District cases. Mr. Cerqui noted how it has been a practice in the last 5 years for outside lawyers to handle these cases. Prior to that, Legal handled arbitration and those are currently being outsourced,noting lawsuits are always handled by outside lawyers with a few limited exceptions. Directors asked if the District would save money if District lawyers handled these cases. Mr. Cerqui noted it would depend on hiring staff to handle this work and conduct the hearings, noting Legal can do a cost estimate around this work if the Superintendent is interested in this. Directors suggested looking into benchmarking against other school districts to see how they manage their lawsuits. Directors asked whether or not there was tension between the legal interest of Board members and the legal interest of the Superintendent or District – and whether we should look into having a separate counsel for the Board.Mr. Cerqui provided historical background on this topic and noted his job is to give legal advice to the institution, which could involve the Board, and there could be a situation where the advice is not wanted by the Board. Directors asked if there is a way for the District to improve Special Education where we do not end up with as many lawsuits. Mr. Cerqui noted how employment litigations and Special Education litigations are high and he will need to look into this and will get back to the Board with more information.
Mr. Cerqui also noted that benchmarking on cost can be difficult and spoke about the number of lawyersat other local school districts. Directors asked what have we been sued for and what are the lessons learned from those lawsuits so we can improve Special Education in order to avoid future lawsuits. Mr. Cerqui noted staff will need to look into a best practice and the needs to put a protocol and training in place so other incidents do not happen. He spoke about the importance of identifying and addressing the issue and having the resources to carry it through.

Substantive Legal Advice Areas: Directors asked Mr. Cerqui on which legal advice areas he spends a large portion of his time. Mr. Cerqui noted construction can be an area that requires more legal advice and all contracts over $250,000 are handled by himself and Ronald Boy; drafting MOUs, noting it may take a long time to review them and the need to look into standardizing the contracts between another agency or a community partner; labor employment including Human Resources (HR) letters and HR
Posted by TheGoodFight at 11:13 PM No comments:

Posted by TheGoodFight at 10:46 PM No comments:

It's been a year since I started this blog, so I thought it would be interesting to show a listing of my most popular post.


Posted by TheGoodFight at 11:12 AM No comments:

A Kentucky sheriff's deputy now faces a federal lawsuit for handcuffing elementary school children who were acting out as a result of their hyperactivity disorder and other disabilities, the American Civil Liberties Union said.

The ACLU is suing Kenton County sheriff's Deputy Kevin Sumner, who works as a school resource officer at Latonia Elementary School in Covington. Sumner is accused of handcuffing an 8-year-old boy and a 9-year-old girl, who both have attention deficit hyperactivity disorder.
Cell phone video obtained by the ACLU captured one incident in which Sumner talks to a boy handcuffed in a chair. The boy is so small that he's handcuffed not around the wrists, but around his biceps.
"You don't get to swing at me like that," the deputy says as the boy cries. "You can do what we've asked you to, or you can suffer the consequences."
"Ow, that hurts!" the boy cries.
The deputy tells the boy what he'll need to do to get unshackled.
"If you want the handcuffs off, you're going to have to behave and ask me nicely," he said. "And if you're behaving, I'll take them off, but as long as you're acting up, you're not going to get them off."
The handcuffs were removed after about 15 minutes, the ACLU said, citing school records.
The ACLU said the girl was twice handcuffed behind her back by her biceps and was also in pain.
"Both children were being punished for behavior related to their disabilities," the ACLU said in a statement.
All three incidents happened last fall.
Posted by TheGoodFight at 10:18 AM No comments: 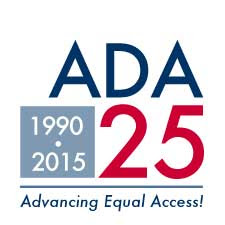